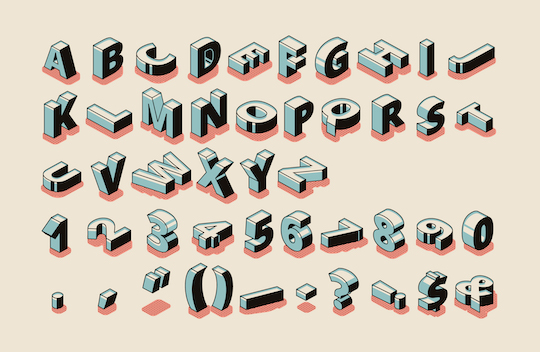 Cryptogram puzzles are challenging word games in which a piece of text is hidden behind a letter code. To solve the puzzle, the players must find the rules governing the letter replacement and decipher what the real letters are. To do so, these puzzles require the use of logical thinking but also language skills to understand the clues hidden in the punctuation or the structure of the text, for example. If the nature of these clues still eludes you, here are some tips for solving cryptograms that will shed some light on the tricks of these puzzles.

For example, if the sentence ends with a question mark, it is fair to assume that it will contain HOW, WHERE, WHEN, WHAT, WHO, or WHY somewhere in it. DO or DID are also suspects in this case.

Apostrophes can be good clues too. In English, following an apostrophe you can only have the possessive ‘S and certain contractions: ‘T, ‘M, ‘D, ‘RE, ‘LL, ‘VE, and again the ‘S for the contraction of IS.

Likewise, a three-letter word after a common has a high chance of being either AND or BUT.

If you find yourself challenging a cryptogram puzzle with double letters in it, be sure to spend some time analyzing them. Even if you are not able to decipher the corresponding right letter, you can already make some inferences about the possibilities and even some exclusions.

For instance, if you have a double letter following an apostrophe, then it must be an L for the contraction ‘LL.

Digraphs are sets of two letters that form a unique sound when together. For example, the sound created by SH in the word SHIP is very different from that of the two letters pronounced individually. Double letters can also be digraphs (e.g. the E in ‘meet’ and ‘met’ has a different sound)

You can recognize digraphs easily because these pairs of letters are highly frequent. For instance, CH, TH, EX, PH, WR, or WH are digraphs.

Try to memorize these few combinations and have them in mind when solving cryptogram puzzles. If you find an H on the second position of a word, for example, you will know that a P, S, W, C, or T are most probably in the first position and try to solve the puzzle accordingly.

Unless you are deciphering a poetic piece of text, there are only two 1-letter words that you need to care about: I and A. You can try them both right away to check if any would unlock other possibilities in other words.

Bonus tip: if a single letter is followed by an apostrophe, then it has to be the I. And if it is followed by a two-letter word, then there is a high chance of you having found ‘I AM’.

When it comes to tips for solving cryptograms, the first one is usually a recommendation to check the smallest words in the puzzle right away. Although they can indeed be of great help to decipher the message, they can also be deceiving.

For example, if you have two 3-letter words following each other, you may try “you are”, but also “the day”, “she was”, “the man”, and many more. If you try out the wrong combination, you may condition your brain into thinking of sentences that would match that particular combination and lose track of the whole piece of text.

That being said, as long as you approach them carefully, they can be very useful. For instance, if the same 3-letter word is repeated several times along the text, then it is likely THE or AND, as these are the most common. Following close are FOR, YOU, NOT, CAN, ANY, and ALL (the double letter is another hint in this case). Other common three-letter combinations include WAY, OUT, OUR, ONE, HAS, HOW, NEW, OLD, USE, TOO, and SEE.

The longer a word in a puzzle, the harder it is to decipher. A good tip for solving cryptograms with long words is to focus on common prefixes and suffixes, because, the longer the word, the more likely it is for it to have one or both of these attributes.

An example of a word with both would be ‘Unsuccessful’: Un + success + ful.

ETAOIN is a made-up word that represents the most common letters in the English language.

This tip for solving cryptograms comes last in our list because it is especially useful in a later stage after you have checked and tried the previous ones.
To use this strategy you must count each letter on the cryptogram puzzle. It highly depends on the size of the puzzle but, in general, if a letter shows up approximately 10 or more times, then you can be almost certain that it will be in ETAOIN.

By contrast, if a letter only appears once or twice, then it is likely a rare one such as Q, J, or Z.

Play around trying to replace the common letters in the puzzle to see if one of them may suddenly make clear some of the coded words.

We hope these tips for solving cryptograms can take away much of the frustration of trying to decode a message and make you appreciate all the strategies and nuances also hidden in the code.