7 Strategies to win at Words with Friends 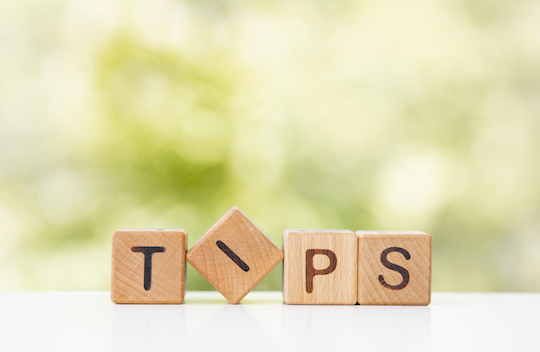 Words with Friends is not a mindless game in which you and your opponent just keep constructing words with random letters and placing them on the virtual board. You need to think carefully about every move, the placement of the words, the length of the built terms and the letters you use, and when to “attack” or “defend” your position. Even if luck plays a big role in choosing the letters that end up on your rack, it is a much more complex game than it seems. If you want to step up your game and become a worthy opponent, here are a few strategies to win at Words with Friends that might help you.

1. Prefixes and suffixes are your friends

A prefix is a letter or a set of letters that are added to the beginning of a word to change it into something with a different meaning but related to the original one. Suffixes work the same way, but these are added to the end of the word.

In this type of word game, you can change a word already on the board by adding to it and, in the process, collect the points for the full extent of the term. That is why prefixes and suffixes are great strategies to win at Words with Friends.

For example, let us say that you have the BOX on the board. If you happen to have a U and an N on your rack, you can use only those two letters to build UNBOX and collect 17 points right away (the 14 points for BOX, plus the 3 points from UN). Or you might have the letters I-N-G on your rack and build BOXING. In this case, three simple letters would grant you 19 points.

2. Hooks can also be your buddies

Hooks work just like suffixes, but while the latter adds to the meaning of the original word, hooks often change the word completely or at least their speech category.

A good example of this is the letter Y. If you add a Y to PART you will get PARTY. Two different words but you would still collect the points for all the letters involved. If you add it to TRICK (a noun or a verb depending on the context), you will get TRICKY (an adjective).
Common hooks in English include the -R (Lose - LoseR; Drive - DriveR); the -T (Tar - TarT; Come - ComeT), the -Y (Bus - BusY; Cake - CakeY), and the -E (Car - CarE; Ban - BanE).

Another reason why hooks can be a great strategy to win at Words with Friends is that, save for the T and the E, they normally “close” the word, meaning that your opponent will not be able to add any suffix or hook to it to boost their score.

These hooks are added to the beginning of a word to change it into something completely different. Unlike ending hooks, they normally “open” the word to other transformations, which means you should be careful when playing them to avoid having your opponent taking advantage.

They are also harder to spot and depend mostly on how vast your vocabulary is and how experienced you are as a player. This is especially true since there is no list with hooks more common than others, in this case.

Here are a few examples of starting hooks to help you know what you should be looking for:
East - Feast
Lose - Close
Lace - Place
Have - Shave
Hat - What

4. Always test the words before committing to them

Unlike Scrabble, in WWF you have the option to test your words before committing to them. This means that you can try placing different terms on the board, in different spots too, and check how many points you would get with the moves. This feature also lets you know if the word you are trying to play is valid or not.

You will not lose your turn while doing this, so be sure to take full advantage of this feature. Try as many options as you can think of and take a moment to check if you could reach the bonus squares, and which letters would fall on them.

5. Watch out for your opponent

These strategies to win at Word of Friends will be fruitless unless you are also able to read your opponent’s game and recognize when you should “attack” (go for a high-scoring word or try to reach a bonus square) or “defend” (play a low-scoring word to block your opponent).

Remember that your adversaries want to win as much as you do and they are also coveting those special squares as well as words they can add up to and boost their score using only a few letters.

6. Keep an eye out for parallel words

Building words parallel to others is one of the hardest moves both in Scrabble and in Words with Friends. However, just because it is hard, it does not mean that it is impossible.

You just need to be very focused on the evolution of the board and have a solid knowledge of 2-letter and 3-letter words, as these are the most common ones that you can build with this strategy.

As the term “parallel” already hints at, the goal is to place a word side by side with another already on the board in such a way that each letter forms an independent word on itself.

For example, let us say that you have the word BOND laid vertically. On the left side of the O, you can put down DIAL also vertically.
It would look something like this:

7. Use a Words with Friends Cheat

A Words with Friends Cheat such as ours can help you unscramble the letters on your rack to find valid words in the game. It also tells you how many points each possible word is worth.

This can be of great help when you keep racking your brains and still cannot form a word with your letters. However, you should bear in mind that using such a tool will not necessarily help you beat your opponent.

You need to use all the aforementioned strategies to win at Words with Friends. Unless you have a plan and a good grasp of the evolution of the board, mindlessly playing high-value words might not be enough.

Some players also feel that using WWF Cheat is, well… cheating, but more often than not, it depends on your approach to it. If you are honest with your opponent and discuss the use of such a tool before the game starts, most feel fine with it. Not only are you being straightforward instead of trying to deceive them, but you are also telling them that you accept it if they decide to use one too.

The game does not lose its allure if players use a word unscramble. When both players accept the usage of a cheat tool, they are just placing more emphasis on the strategic side of the game rather than on vocabulary knowledge.