Is ZO a valid Scrabble word? 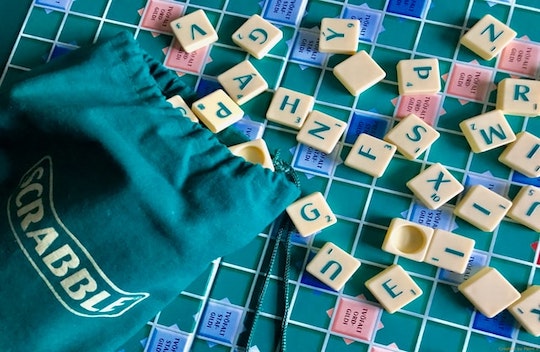 Despite being a simple 2-letter word, ZO is highly likely to generate some arguments around a Scrabble board. These arguments' main point is always whether ZO is a valid Scrabble word or not.

Interestingly enough, this is a discussion in which everyone is right. ZO is and is not a valid Scrabble word. The issue is not in the word per se, but the version of the game the players are playing.

Yes, ZO is a word that can be easily found in British dictionaries. It is the name of a breed of cattle in Tibet, that is a cross between the yak with common cattle.

It can also be spelled DSO, ZHO, DZHO, or DZO. Its plurals follow the standard form, adding an S to the end of the accepted spellings - ZOS, DSOS, ZHOS, DZHOS, or DZOS. The name of this breed originates from the original Tibetan word for the male specimens: mdzo.

Is ZO a valid Scrabble word?

Yes, ZO is a valid Scrabble word, but only in the UK version of the game. The US-Canada Scrabble dictionary does not recognize the word, nor does it accept it as a valid play. Likewise, it is also not valid in Words with Friends.

Collins dictionary, which is endorsed by Mattel and the World English-Language Scrabble™ Players’ Association, confirms the validity and value of ZO in Scrabble UK, defining it as a “Tibetan breed of cattle”.

How many points is ZO worth?

In Scrabble UK, ZO is worth 11 points, making it one of the highest-scoring words with only two letters, together with ZA and QI.

Its value is a combination of the 10 points of the letter Z with the single point coming from the letter O. The discrepancy between the values of the two letters is explained by their commonality in the English language. Its regular plural (ZOS) is also valid in this game version and is worth 12 points.

Are there any words with ZO valid in all Scrabble versions?

Of course. Although the word ZO and its variants referring to a breed of cattle are not accepted in the US-Canada version of the game, there are plenty of words with this pair or letters that are.

Interestingly, the highest-scoring Scrabble words, regardless of the version played, actually contain the pair ZO too. It is present in the top, highest-scoring word, OXYPHENBUTAZONE (41 points), but also in the runner-up BENZODIAZEPINES (38 points). BENZIMIDAZOLE (36 points) also contains ZO.

Is ZO a valid word in Words With Friends?

No, it is not. Words With Friends follows the standard North American spelling and dictionary, which means that the valid words in this game are, generally speaking, a match to the ones used in Scrabble US.

Since ZO is not accepted by the North American variant of Scrabble, it does not come as a surprise that WWF does not accept it as well.

As a side note, it should be noted that both the Z and the O share the same value in both games, 10 and 1 point respectively.

Yes, there are and, unfortunately, the reason behind the inclusion or exclusion of a word from one dictionary or the other is not always clear. Being a local slang is the most frequently offered reason for this inclusion/exclusion but the case of ZO, for example, proves that it is not always a clean cut.

For those curious about the sort of words that are accepted in Scrabble UK but not in the North American variant, here are a few examples:

However, the crown jewel of the words accepted by the British but not the American version of Scrabble has to be ZZZS, the plural of the combination of Zs representing the sound of sleep. If you are wondering, ZZZS, with 4 letters, is worth 31 points in Scrabble UK.