The most useful Scrabble words 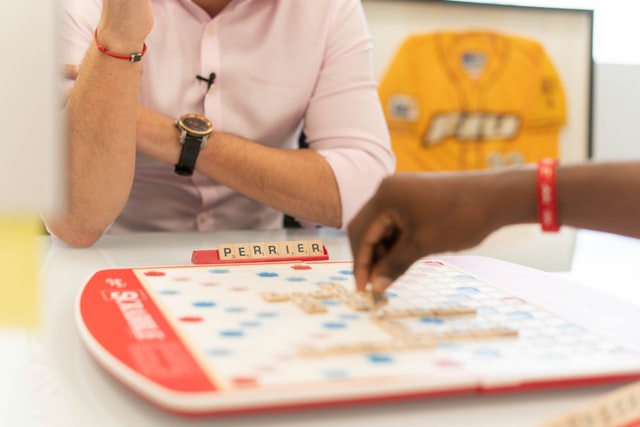 According to the Official Scrabble Dictionary, there are over 100 thousand playable words in this game. An impressive number, no doubt, but knowing all of them is virtually impossible. Instead of taking up such a difficult task, the best way to go around it is to learn useful Scrabble words and those high-scoring.

The concept of useful Scrabble words may differ depending on the players. To some, a useful word may be one that the opponent is less likely to think about, for example.

In this case, we selected words that stand out because they contain mostly vowels or consonants, giving players a better chance to make good with an unbalanced rack of tiles. The good news is that these are also unknown words to many, giving players an extra edge over their opponents. Besides helping to clear the rack, they might even prompt an invalid challenge leading the opponent to lose their own turn.

Scrabble words only with consonants or very few vowels

Common words tend to have a balanced combination of consonants and vowels. Unfortunately, luck is not always on our side and sometimes Scrabble turns up extremely unbalanced racks of letter-tiles.

Instead of forfeiting one’s turn or asking to exchange tiles (which is not always possible), using any of these words may solve the problem and even grant points in the process.

Scrabble words only with vowels or very few consonants

42 tiles out of the 100 employed in Scrabble are vowels. It is very common for players to find themselves with racks with very few or no consonants, landing them on a tight spot to create words.

When consonants make themselves scarce, here are some vowel-rich words that can make a difference between forfeiting one’s turn or collecting some much-wanted points.

Eau (3) - water-like solution
Ae (2) - the same as one, chiefly in Scotland.
Ai (2) - a three-toed sloth.
Oe (2) - a whirlwind of the coast of the Faroe Islands
Aa (2) - A type of solidified basaltic lava with a rough surface.
Aerie (5) - the nest of a bird of prey, normally on a cliff or built high up in the mountains.
Jiao (11) - a Chinese monetary unit, the equivalent of 1/10 of a yuan.
Epopoeia (12) - an epic poem.
Roc (5) - a mythological bird of great size believed to inhabit the Indian Ocean area.
Ulu (3) - a crescent-shaped knife with a broad blade traditionally used by Inuit women.
Queueing (18) - to line up or wait in line.
Cooeeing (11) - exclamation; high-pitched cry to call attention
Miaoued (10) - alternative spelling to meowed, the cry of a cat.
Sequoia (16) - a tall coniferous tree that grows in California.
Eulogia (8) - archaic term meaning a blessing.

The Guinness World Records’ book lists the word ‘Euouae’ as the longest word in the English language containing only vowels.

Nevertheless, the validity of this word in Scrabble is still subject to hot debates. Those who are in favor of its use defend that it is listed by some of the most prestigious English dictionaries and, thus, it fulfills the criteria to be considered a valid word.

On the opposite side stand those who believe Euouae is not a word but a mnemonic device. Euouae is an abbreviation of a specific passage of the Gloria Patri (medieval music) used as a clever mnemonic trick to remember the lyrics.

All that to say that its acceptance in a game of Scrabble depends on the players. Anyone who decides to use it must then be aware that it might be contested on good grounds.