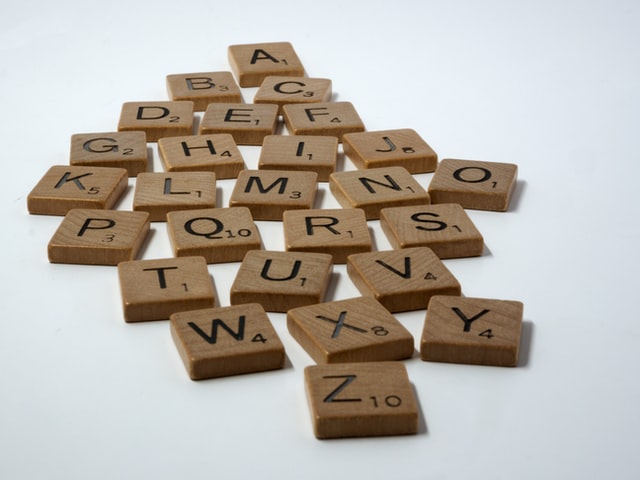 The highest scoring words in Scrabble do not come around frequently, but when they do, they can give a much-wanted boost to the players’ score.

Although length plays a big role in setting the worthiness of these terms, their high value is more often related to the letters used in their construction. The rarest these letters are, the more value they add to the word. This explains why shorter words can be worth more than their longer counterparts.

Check out the following list with the highest scoring words in Scrabble according to their length and see it for yourself.

Oxyphenbutazone (41) - an anti-inflammatory drug used to treat arthritis and bursitis.

Benzodiazepines (38) - plural; any of a group of aromatic lipophilic amines used as tranquilizers or sedatives.

Psychoanalyzing (38) - verb; to treat someone by means of psychoanalysis.

Ventriloquizing (37) - verb; to use ventriloquism.

Cyclohexylamine (37) - an organic compound used to prevent corrosion in boilers.

Hyperimmunizing (37) - verb; to induce a larger number of antibodies to increase immunity.

Hypnotizability (37) - suggestibility to the induction of hypnosis.

Subjectivizing (38) - verb; to make something subjective.

Hyperimmunized (36) - having an abnormally high number of antibodies from repeated immunizations processes.

Thymectomizing (36) - verb; to perform an operation to remove a thymus.

Ventriloquized (36) - to have used ventriloquism.

Subjectivized (37) - Something that has been made subjective.

Squeezability (36) - the quality of being able to be squeezed.

Puzzleheaded (37) - adjective; someone with confused thoughts or that puzzles over common things.

Embezzlement (36) - the theft or misappropriation of funds entrusted to one’s care.

Hydroxyzine (37) - an antihistamine used to treat anxiety, nausea, and allergies.

Kolkhozniks (35) - plural; members of a collective farm or kolkhoz.

Drizzlingly (34) - adverb; in a drizzly manner.

Jabberwocky (34) - a synonym of gibberish.

Dizzyingly (36) - adverb; in a dizzying manner.

Showbizzes (36) - plural of showbiz, the same as show business or entertainment business.

Kolkhoznik (34) - resident or member of a collective farm or kolkhoz.

Puzzlingly (34) - in a puzzling or confused manner.

Whizzbang (36) - fireworks or small artillery shells that make a whizzing sound before exploding.

Chazzanim (34) - plural of chazan, a person who leads synagogue services.

Huzzahing (34) - verb; to shout ‘huzzah’, an exclamation of joy or encouragement.

Jazziness (34) - resembling jazz in form or nature. Unrestrained or flashy.

Jazzily (35) - adverb; in an unrestrained or flashy manner.

Quizzed (35) - verb; to have questioned, asked, or interrogated closely.

Jazzy (33) - adjective; modern or colorful. That resembles Jazz in nature or style.

Fizzy (29) - (beverage) effervescent, that contains bubbles of gas. Full of energy or lively.

Fuzzy (29) - indistinct or hazy outline. Confused and not coherent.

Buzz (24) - a long continuous humming sound. A confused murmur. A flurry of activity.

Zax (19) - a hatchet-like tool for trimming and puncturing roofing slates.

Qi (11) - a variant of ‘Chi’. (Chinese philosophy) The life energy inherent to all things.

Highest-scoring words in Scrabble that can be made independently

Most of the highest-scoring words in Scrabble can only be made by profiting from terms and letters already laid on the board. Thus, you should always pay close attention to the evolution of the board.

Nevertheless, if the opportunity to create one of these does not arise, your second-best option is to aim for high-valued words that you can make individually by simply using the letters on your rack.

In this case, these are the words you should keep in mind.

Skyjack (27) - to subject an aircraft to air piracy.

Cazique (27) - black-and-red or black-and-yellow orioles of the American tropics.

Mezquit (27) - spelling variation of Mesquite. A common name for several plants native to the southwestern United States and Mexico.

Queazy (27) - spelling variation of queasy. That causes nausea or uneasiness.

Quiz (22) - to test the knowledge of someone by asking questions.

Jeez (20) - exclamation of surprise or shock.

Frequently asked questions about the highest scoring words in Scrabble

Why are some longer words valued less than shorter ones?

In Scrabble, the worth of each word is set according to the total value of the letters that make it. The less frequently used letters in the English language are valued more than those more commonly used. As such, in this game, the letters are valued as follows:

Take ANTINATIONALIST as an example. Although it has 15-letters, all of them are valued at 1 point. Therefore, the total value of this word is 15 points. In comparison, the word ZAX, with only three letters is worth 19 points because Z=10, A=1, and X=8 points.

If there are only 7 letters in my rack, how can I make 15-letter words?

Thus, even if you only have 7 letters on your rack, you can still create longer words by taking advantage of the terms or letters that have been previously played.

What is a Scrabble Bingo and how can I take advantage of it?

In a game of Scrabble, you get Bingo when you use all the letters on your rack to create a single word at once. That is to say that you need to make a word with a minimum of 7 letters (the total letters on your rack). A Bingo gives you 50 points on top of the value of the played word.

You should aim to get a Bingo using one of the highest-scoring words in Scrabble to boost your total score even more. It is not easy, but if you use some Scrabble tricks such as playing 2-letter words to control the rack’s turnover or using the letter S wisely, you may achieve it.

What is the highest-scoring word ever played in Scrabble?

The honor of having played the highest-scoring word ever in a game of Scrabble goes to Karl Khoshnaw. The legendary player earned 392 points with CAZIQUES in an international tournament back in 1982.

In the second position stands Michael Cresta, who played the word QUIXOTRY and earned 365 points with it, in a local club tournament in 2006.

Theoretically, what is the highest-scoring word in Scrabble?

Although it has never been played, in theory, the highest scoring word in Scrabble is OXYPHENBUTAZONE, an anti-inflammatory drug used to treat arthritis. Ohioan Dan Stock has discovered that this word can score 1785 points if 8 of its letters are already placed between three triples.

What is the highest-scoring opening word in Scrabble?

MUZJIKS is the highest-scoring opening word in Scrabble. With its tiles value at 29 points, it can score a total of 128 points on the first move.

Jesse Inman is the only player ever to come close to using it. In the North American Scrabble Championship of 2008, the American earned 126 points by opening the board with MuZJIKS, with a blank tile standing for the U.

noun: writing implement consisting of a colored stick of composition wax used for writing and drawing.