12 tricks to win every Scrabble game 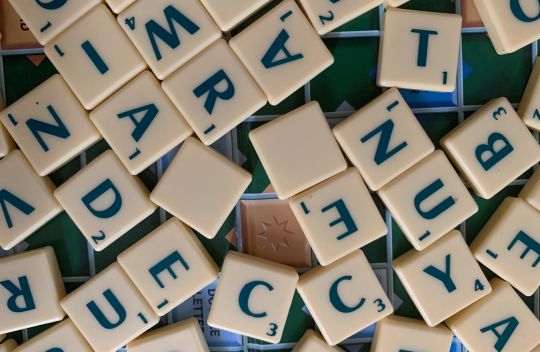 Scrabble is one of the most popular word games ever to be made due to its strategic nature. Having an extensive vocabulary is the first step to do well in this game but it can be insufficient when moves are not planned carefully. If you are looking to improve your game and become an expert, get to know the 12 tricks to win every scrabble game

1. Think twice about the letter you put on the middle square

The player with the letter closest to A starts a game of Scrabble and has the advantage of gaining extra points by using the center star. If you are the lucky one, be aware of the letter you decide to use on that square, though. Placing a vowel or a common consonant on that spot will make it easier for your opponent to use it to reach the triple-word scores around it.

2. If you cannot have a bonus tile, no one can

Most tricks to win every Scrabble game revolve around a certain degree of selfishness. You must be sly, or you will not be getting anywhere near victory.

Double and triple letter spaces are the most sought-after squares on the board, as they can make or break the game. You must try to reach as many as possible to boost your score as much as possible. However, pay attention to your opponent’s moves. Even if you are not able to reach one of these spaces or use them at their full potential, at least make sure the next player cannot do it either.

In the long run, it is better to use these spots with lower-scoring words or to block their access altogether by placing tiles around them, than letting others get those juicy points.

While creating a new word, you can aim to place an ‘S’ at the end of an already existing word to pluralize and get points for both terms.

It is an easy Scrabble trick to boost your score, but also one that should be planned carefully as the game only contains four tiles with the letter ‘S’. You may need this tile for when you are on a tight spot later or to make Bingo.

Speaking of the ‘S’ tile, you should look for as many “hooks” as possible throughout the game. This is one of the most common tricks to win every Scrabble game and one that is often disregarded by new players.

In this word game, the term “hooks” refers to single letters that can be added to existing words to make new ones. For instance, adding the ‘S’ to a word can turn it into a plural. Thus, ‘S’ is a hook.

You should also pay attention to “hooks” that can be added as a starting letter, albeit these are sometimes harder to spot. For example, you can add an ‘A’ to “Wry” to create “Awry” or a ‘G’ to “Host” to get “Ghost”.

5. Learn and use short words

Words with only two or three letters are often dismissed and avoided because of their low value. Nevertheless, they can turn into useful tricks to win every Scrabble game. Short words can be very useful in several ways and the more you know, the more advantageous they become.

For instance, you might be able to make a two- or three-letter word even with a rack with too many vowels or consonants. Instead of forfeiting your turn and asking to exchange tiles, you can place this short word, get some points out of it, and receive new tiles on your rack. Receiving fewer points is always better than getting none.

Likewise, short words can be a good trick to use when you are trying to save some letters to make a larger word or even to get Bingo.

When used wisely, these short words can add up to 50 points to an overall Scrabble score.

6. Plan words and save letters

Making a single word with all the letters on your rack can get you a Scrabble Bingo and add at least 50 points to your score.

When you begin to see a word taking form on your rack and only one or two letters are missing, try to plan your next moves carefully so you can go for it. You may want to start playing two- or three-letter words, for example, to decrease your rack turnover and wait for the missing letters to get your Bingo.

7. Keep your rack organized by endings or beginnings

Many words in the English language share a common start or end. If you happen to spot one of these in your rack, try to organize it accordingly so it is easier and quicker to analyze which words you can make with the remaining letters.

For example, common endings in English include “-ing”, or “ed”. When you place these at the right end of your rack it becomes easier to visualize which words you can construct by adding up all the remaining letters.

Likewise, you can place common word beginnings on the left side of the rack with the same purpose. These include, for instance, “un-”, “re-” or “in-”.

Although ‘Q’ is one of the highest-scoring letters in a game of Scrabble, its low frequency in the English language also makes it one of the hardest to play. That is why most players dread to find a ‘Q’ in their letter rack, especially when a ‘U’ is nowhere to be seen.

Being well-prepared to avoid getting stuck is one of the most important tricks to win every Scrabble game. Therefore, you should know as many words as possible containing ‘Q’ and focus especially on learning those where this letter is not followed by ‘U’. You can use this Word Unscramble or Scrabble Word Finder to find all the study materials you need.

The more words you know with the letter ‘Q’ not followed by ‘U’, the better you can take advantage of this letter's high-points and boost your score.

9. Save the blank tiles to Bingo

Blank tiles are Scrabble’s wildcards. They have no value in themselves, but they can replace any letter in a word.

Since there are only two blank tiles per game, most professional Scrabble players recommend saving these tiles to make big, high-value words. You can use it to make Bingo, when you are short of one letter to do so, for instance. When you have no prospect of getting Bingo and you are already towards the end of the game, you can also try using a blank tile to make a big word that reaches the double or triple letter spaces.

10. Try to keep your tiles balanced

Ideally, you should aim for a rack with four consonants and three vowels. This is the combination with the highest turnover of words. Having too many vowels or consonants restricts your playing options and, if your vocabulary is not rich enough, they can put you in a tight spot.

In the course of the game, try to plan your words carefully to keep your rack balanced.

It is possible to exchange tiles during a game, but you have to forfeit your turn to do so. Also, there is no guarantee that the letters you receive will be of any use.

Always keep in mind the tricks to win every Scrabble game that you've learned so far. You can always try to use a two- or three-letter word, for instance, instead of exchanging tiles or you can try to remember all the unusual words you studied beforehand to see if you can make any with the letters on your rack. The point is: avoid discarding any tiles unless you absolutely have to.

A Scrabble game uses two blank tiles and 98 letter-tiles, but the letters are not distributed equally. For instance, you get twelve tiles with the letter ‘E’ but only one with ‘X’.

To better plan your moves and score, you may want to track down the letters on the board. By knowing which letters remain to be played, you can analyze if it is still possible to aim for Bingo or when to use one of the rarest letters.

These tricks to win every Scrabble game may seem too simple to be of consequence, but the problem is that you should not use them individually. For them to work and lead you to victory, you must use all of them simultaneously. That is the beauty of Scrabble and the reason why it is so popular. There are no shortcuts. You must strategize every little detail if you want to master it.

noun: writing implement consisting of a colored stick of composition wax used for writing and drawing.